While nicotine gum has helped some individuals quit smoking, but as they say there are always two sides to every picture so even nicotine gum has its side-effects. The use of nicotine chewing gum is quite a debatable issue and choosing it to suppress your craving for smoking has its pros and cons.

While nicotine gum has helped some individuals quit smoking, but as they say âthere are always two sides to every pictureâ so even nicotine gum has its side-effects. The use of nicotine chewing gum is quite a debatable issue and choosing it to suppress your craving for smoking has its pros and cons.

One thing that goes without saying is that one has to quit smoking, there are no two ways about it. You will be amazed at how positively quitting smoking will affect your health as you will observe your heart rate and blood pressure returning back to normal. Your lung function will improve and you will significantly reduce your risk for stroke and other heart diseases as well.

The million dollar eyebrow-raising question is if nicotine gums are a healthy and viable solution for quitting smoking. The answer depends on the term of usage. Nicotine is meant for short term use and prolonged usage can result in some seriously grave health issues, some of which are briefly described below:

Smoking puts you at a higher risk of getting diabetes. This is because nicotine influences the amount of insulin released by the body. This leads to cell damage and they do not respond to insulin in the usual manner. Hence, the smoker develops diabetes. While nicotine gums can help remedy this situation, extended usage may have adverse effects.

Nicotine gum is meant to help the smoker get rid of his addiction but more often than not, individuals end up addicted to the gum itself. These chewing gums are meant to suppress the cravings slowly and gradually until you get rid of it once and for all. There is no point of simply switching from one addiction to another. In a lot of cases, individuals have complained that if they have used nicotine gum for more than the recommended time period, they found that they have developed a dependence on it instead.

Nicotine, consumed in any form, when entering the brain and body, forces the latter to release adrenaline. This accelerates the heart beat as blood vessels are constricted and raise blood pressure levels. There is no doubt that such chewing gum subjects the body to less nicotine than cigarettes but if its usage is continued even after the suggested time period, they can be as harmful as cigarettes.

Continuously chewing nicotine gum may harm your dental work. Incessant chewing may damage fillings, capping or dentures. They may become loose and an improper bite may also cause pain in the jaw. It is, therefore, strongly suggested that you consult your dentist before you resort to nicotine gum for quitting smoking.

The most important thing to understand is that even if you opt for nicotine gum, it should be discontinued slowly after the three-month period. Still, before resorting to it, consult with your health provider and weigh the pros and cons to decide if it is something that will work for you. 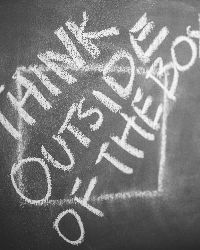 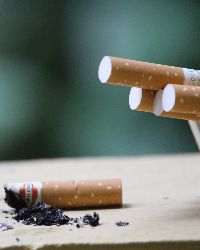