Why Do People Smoke Cigarettes?

In this day and age of cigarette warning labels, anti-smoking campaigns and various smoking-cessation aids, one has to wonder why people start smoking in the first place. The answer to that varies based on the ages of the people questioned. Older people often have very different reasons than teenagers or young adults.

For those born prior to the passage of the Public Health Cigarette Smoking Act in 1970, there was an overwhelming amount of false information.

Some people in the same age group didnât start smoking until after the health effects of smoking were public knowledge. For this group, the reasons are often social or work-related. Some start off smoking in places where they will be surrounded by smoke anyway, such as bars. Others have started because they see that smokers in their workplace are unofficially permitted more breaks than non-smokers. If their boss smokes, they can also see those breaks as an opportunity for more face-time with their employer. The effects of peer pressure are often only considered with young people, but they cannot be ignored in the case of adults either.

In teens, peer pressure is generally the major factor in starting to smoke. Anecdotes from friends or esteemed peers can counteract their knowledge of the damage smoking can do. Some things teens think about when deciding to smoke are:

In addition, when a teenagerâs parents smoke, it is difficult for those parents to effectively argue that smoking is bad for you. The dangerous combination of peer pressure and a teenagerâs feeling of immortality make smoking seem like an adult problem, not something that affects young people.

What teenagers donât take into account is the addictive nature of nicotine. Once a person starts smoking, the feelings of euphoria rapidly overpower the taste and any feelings of nausea. If this is coupled with peer approval, the psychological addiction can happen even faster than the physical dependence. This double edged sword of psychological and physical need is what keeps people smoking.

These difficulties are compounded by the fact that cigarettes are legal. As such, many smokers do not feel they are using a drug, much less a dangerous one. Some refuse to believe they have an addiction, rather they assert that they smoke because they want to and have no desire to quit.

However, there are a large number of smokers who do want to quit. Unfortunately, they have a difficult time, because even after overcoming the withdrawal symptoms, they are still faced with many of the same pressures that made them start smoking in the first place. Additionally, the psychological dependence can linger for years, making it difficult to avoid using cigarettes again. Smokers start smoking for a wide range of reasons, but they keep smoking because they have a drug habit. And just like any habit, smoking is a hard one to break.

Choosing the Right Strength of Gum to Use 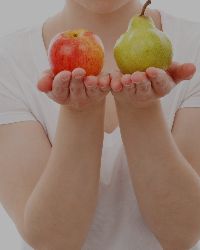 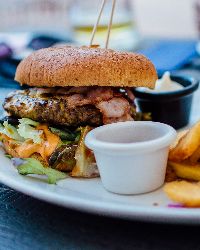