The Negative Effects of Smoking

The first negative effect of smoking I noticed was a devastating impact on my fitness levels. At first, I continued to keep myself training while I smoked.

For this article, I shall use my own experiences with smoking as an example of how the habit affects our daily lives. All too often we hear scientific and medical terms regarding the negative effects of smoking, but a smoker is more likely to connect with real, pragmatic differences the habit inflicts upon our lives.

When I started smoking at 18 years of age, I was the picture of health. I kept myself in shape doing pull-ups, push-ups, dips and regularly jogging five miles in the open country air. I was a keen sportsman at school and had kept up my training. It was only after attending university that I decided to take up cigarettes in search of an identity.

The first negative effect of smoking I noticed was a devastating impact on my fitness levels. At first, I continued to keep myself training while I smoked. But as time wore on, my smoking increased and my training decreased until eventually I stopped it altogether. The reason was quite simple - I would get out of breath simply walking up a flight of stairs. I couldnât do a single push-up without my heart feeling like it was about to burst out of my chest. Smoking had ravaged my cardiovascular capabilities.

This had two knock-on effects. The first was that I found myself putting on a lot of weight because I was no longer burning off calories through exercise, and the second was that I became a chronic procrastinator because of my lack of energy. As I became fatter, I lost most of my confidence and self-esteem, becoming a shadow of the man I was. And as I lost my efficiency to be productive, my peers began to surpass me in almost every area.

The negative effects of smoking cannot be underestimated. They infiltrate every level of our lives. When I first started smoking, it was socially acceptable. By the time I finally quit, I was sheepish and embarrassed to light up, even in a bar. I was worried that dates wouldnât wish to pursue their interest in me because of my habit. And I was sick of having to go outside into the garden every time I wanted to light up at risk of offending flatmates.

But it doesnât even stop here. Smoking turned me into a slave instilled with anxiety. I often found myself driving out to the all-night store after midnight in order to get new supplies of cigarettes, purely out of the fear that I wouldnât have any smokes to hand when I woke up in the morning. Or I would purchase two additional packets when I went out on the town at night, just in case I was sitting at a bar and I ran out.

It was when I finally assessed the massive negative effects of smoking and how they had hammered my life that I made the decision to quit. Perversely, I managed to pack in the cigarette habit easily and quickly (within four hours) of using a particular technique. It seemed quite an anti-climax compared to the damage I had done myself. Iâm not going to lecture smokers on how they should live their lives, but I would implore a smoker to take a closer look at the impact smoking has on their life. 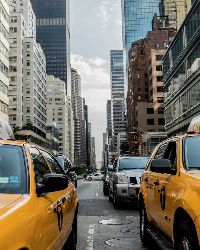