>According to one of the researches, it has been found that the smell and taste of cigarettes play a greater role in women's smoking behavior than in that of men.

According to one of the researches, it has been found that the smell and taste of cigarettes play a greater role in women's smoking behavior than in that of men. Another study found that cognitive-behavioral therapy aimed at changing attitudes about weight promotes smoking cessation by women.

Even if we compare their stats with men, weâll be surprised to know that the guys who smoke are one out of every three. However, while smoking as well as smoking-related deaths from such diseases as lung cancer have been falling in men, they have been increasing in women. Smoking, in fact, takes a greater toll on the health of women than men a smoking woman loses, on an average, 15 years of her life while a smoking man loses just over 13 years.

In the first half of the 20th century, lung cancer in women was extremely atypical. In addition to that smoking wasn't very ubiquitous. Unfortunately, that soon changed when the tobacco industry started targeting women. In 1964, the first Surgeon General's Report on Smoking and Health was released and it became clear that smoking was a deadly habit which engulfed 45 percentages of women all over. A media campaign followed and smoking rates began to fall, as did tobacco industry profits. But the rates declined more in men than women the tobacco industry had started their own media campaign, once again marketing directly to women.

By 1987, lung cancer had outdone breast cancer as the leading cause of cancer deaths in women. Today, more women die each year from lung cancer than breast cancer, uterine cancer, and ovarian cancers combined. In fact, lung cancer among women is now considered a scourge, killing almost 75,000 in the US last year. Women appear to be more vulnerable to lung cancer than men, and they tend to get it at younger ages.

Other Smoking influenced Diseases in Women

Cosmetic and Other Considerations

Ironically, teens and young women often think smoking is sexy and glamorous. However, the consequences â such as stained fingers and teeth, tooth loss, gum disease, bad breath â are anything but sexy and glamorous. Smoking also hastens the aging process most likely because of its adverse effect on estrogen. It can cause early menopause, facial wrinkling, and permanent voice lowering and urinary incontinence.

Smoking is not just bad for women it's bad for their families and future families as well. Smoking can cause infertility in women. If a woman becomes pregnant, smoking increases her risk of miscarriages, stillbirths and premature births. Mothers who smoke during pregnancy are also more likely to have babies with asthma, sleeping disorders and chronic ear infections than non-smoking mothers. The menstrual cycle phase has an effect on both mood and tobacco withdrawal symptoms for women trying to quit smoking -- a finding that clearly suggests that women could improve their success rate simply by starting their quit attempt during certain days of their cycle.

Currently, in the United States about ten percent of pregnant mothers smoke during their pregnancies. This is an alarming statistic, considering that cigarettes contain over 2500 chemicals, and scientists are still unable to put their finger on what all of those chemicals do to the human body. However, it is known that carbon monoxide and nicotine do in fact harm an unborn child, as well as the pregnant mother.

Harmful Effects Of Smoking To The Unborn Baby

While not all the effects of smoking during pregnancy are known, quite a few are. Below is a list of known side effects that may harm an unborn child if their mother smokes during pregnancy.

As you can see from the list above, most of the possible known side effects are either fatal or severely life altering. A smoking mother risks her life, and the life of her unborn baby.

Smoking deprives the unborn baby of the oxygen it needs to grow in the womb, causing it to be born smaller and more vulnerable to disease and death. Why put your baby at risk? The least a soon-to-be-mom can do is quit smoking while they are carrying the baby, to ensure that it has the best possible chance to grow and develop.

Advantages and Disadvantages of Smoking 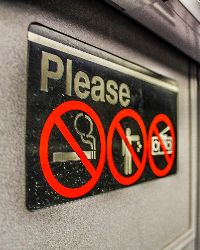 Learn The Advantages And Disadvantages Of Smoking And How To Quit 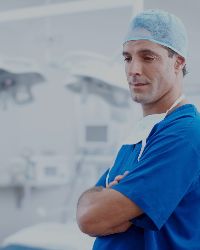